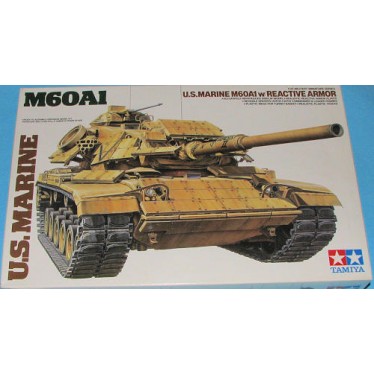 The M60 Series is a second-generation main battle tank (MBT) introduced in December 1960. It was widely used by the U.S. and its Cold War allies, especially those in NATO, and remains in service throughout the world today despite being superseded by the M1 Abrams. Egypt is currently the largest operator with 1,700 upgraded M60A3s, Turkey is second with more than 900 upgraded units in service, and Israel is third with over 700 units of Israeli variants.

The M60 traces its roots to the late WWII-era M26 Pershing heavy tank from which the M48 was developed. In 1957, plans were laid in the US for a tank with a 105 mm main gun and a redesigned hull offering better armor protection.

The resulting M60 series largely resembles the M48 it was based on, but has significant differences. The M60 mounted a bore evacuated 105 mm main gun, compared with the M48's 90 mm, had a hull with a straight front slope where as the M48's hull was rounded, had three support rollers per side to the M48's five, and had road wheels constructed from aluminum rather than steel.

The improved design incorporated a Continental V-12 750 hp air-cooled, twin-turbocharged diesel engine, extending operational range to over 300 miles (480 km) while reducing both refueling and servicing. Power was transmitted to a final drive through a cross drive transmission, a combined transmission, differential, steering, and braking unit.

The hull of the M60 was a single piece steel casting divided into three compartments, with the driver in front, fighting compartment in the middle and engine at the rear. The driver looked through three M27 day periscopes, one of which could be replaced by a night vision periscope. Initially, the M60 had essentially the same turret shape as the M48, but this was subsequently replaced with a distinctive "needlenose" design that minimized frontal cross-section to enemy fire.

The M60 was the last U.S. main battle tank to utilize homogeneous steel armor for protection. It was also the last to feature the M60 machine gun and an escape hatch under the hull.

In 1963, the M60 was upgraded to the M60A1. This new variant, which stayed in production until 1980, featured a larger, better-shaped turret and improvements to the armor protection and shock absorbers. The M60A1 was also equipped with a stabilization system for the main gun. However, the M60A1 was still not able to fire on the move, as the system only kept the gun pointed in the same general direction while the tank was traveling cross country. It did however enable the coaxial machine gun to be brought to bear while moving.

The M60A1 RISE Passive of the U.S. Marines saw action during Operation Desert Storm in 1991, opposing Iraqi armor which included the T-54/T-59, T-55, T-62, Type 69, and T-72. The M60A1s were fitted with add-on explosive reactive armor (ERA) packages and supported the drive into Kuwait City where they were involved in a two day tank battle at the Kuwait airport with the loss of only one vehicle and no crew. They saw service with the United States Marine Corps, and the Saudi Arabian Army.

This is not a new kit. Even this boxing is dated 1992. However, the molding is still nice and crisply done. The kit has many sprues of tan plastic, most of them individually bagged. It also comes with two metal axles for the idler and sprocket as well as a sheet of mesh plastic to cut for wire screen representation. The metal axles are because this kit is designed to be motorized. At least, I assume that explains the rather large holes in the bottom of the hull. However, the instructions do not even hint at the ability to purchase the bits to make it go.

If a lot of parts means a lot of detail, then this one certainly fits that mold. There are separate bits and pieces for the rather complex suspension as well as a goodly number of road wheels. It reminds me very much of the M.48 Patton I built just a while ago and since it is basically a follow-on for that tank, it is no surprise. Tracks are the vinyl type that are joined by heating tabs and will be somewhat difficult to paint. Thankfully on this one, the head light guards are a single piece so I'm grateful for that. There are the usual bits and boxes for the upper fenders as well as tow hooks and such. This kit differs from earlier tanks by having reactive armor. These are offered in large sections with mounting bits to go underneath them on the hull.

About a third or more of the construction steps are for the turret. The turret has small plates to fit under the hatchways so you can pose figures in there if you so wish. A nice touch. The barrel is a three piece affair that fits into the mantlet. There is a bag piece molded on the hull for behind this bit. This means that there wont be a lot of gun elevation. The rear of the turret has a gear basket and that is where the mesh is to be used. A guide is provided in the instructions so you can get it cut to the right size. There are a multitude of small dimples on the outside of the turret. These are for the mounting of the reactive armor, which is again provided in large plate sections to make it easy to attach. Two crew members are included to place in the open hatches. The kit offers a snorkel if not building a desert version.

Instructions are typical Tamiya in that they are well done and only provide Tamiya paint references. A painting guide for a European scheme tank is provided. The decal sheet is well printed and offers decals for several different tanks. If one uses very hot water with these decals, they will work very well 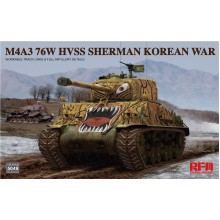 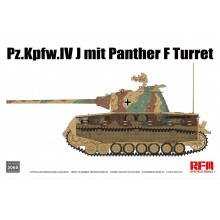 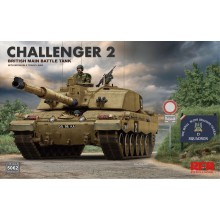 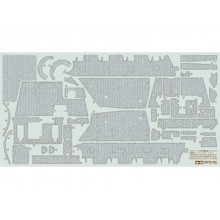 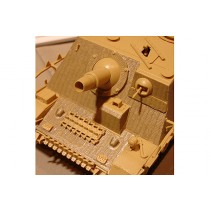 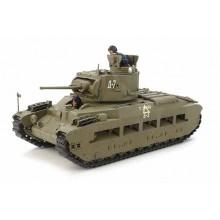 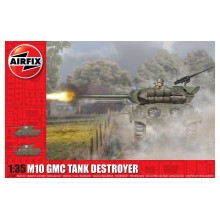